Okay, tons of updates, but they’re not all about Not the Robots.

First of all, I got accepted into a really cool incubator program in Seattle called HouseOGames.  David Carney is taking part, too, which means that after years upon years of working together, we’ve actually started working in person.  We’ve also finally heard each other’s voices, which is an interesting change…

One element of this is that Robots has a pseudopublisher (tiny Build, the folks behind No Time To Explain), which will allow us to get the game onto Steam.  Score!

I’ve only been here for a week or so, and only three out of the seven participants have landed so far, but it’s easily been the most productive gamedev week that I can remember.  We’ve got a really impressive level of access to industry people, devices, software, etc.  Time to get shit done!

I made some really satisfying changes to the music mixing system and we’ve got almost all of the game’s sound effects prototyped.  Some of them will need to be replaced, but many are already sounding good enough to be included in the finished game.  We’ll put up a video to show how it’s coming along soon!

The current goal is to have Not the Robots ready to release by my birthday, which is October 14th.

Not the Robots is on the verge of completion – it mostly just needs finalized audio and we’ll be all ready to go.

Hey y’all – hope your Tuesday is going nicely so far.  The game’s still inching towards completion – I only have one more significant piece of content to put together!  David says he’s close to being finished with the sound/music, too.

People seem to like secret things, so I wanted to make sure that Not the Robots contained a whole shitload of mysteries and hidden content to find.  Talking about it too much would spoil some of the surprise, but here’s what I will say:

One of the secret rewards contained in Not the Robots is a full sequel to one of my Flash releases.

I made a new set of furniture pieces (somewhere around 30?) to help make progress in the Campaign mode feel more significant.  I also tied the secondary objectives to Campaign progress, so the early levels only have a food goal, then later ones introduce the Sequence, then later ones add in the Tagger (which is easily the most demanding).

I’ll show the new furniture set in a video soon, but for now, here’s a quick screenshot.  The vending machine is the only asset that only gets a texture swap instead of a whole new model, but here’s a new faceplate.  Get your sip on™ 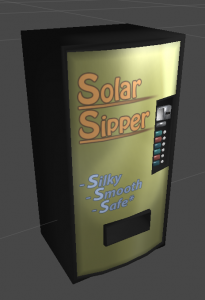 Ahoy there!  It’s been a while.  Luckily for me, I’ve got plenty of cool new features and updates to show for it.

First, my only bad news:  There won’t be any more public alpha versions of the game.

The good news:  This means that we’re getting close to release.

I just got back from a conference called CasualConnect in Singapore, and I learned a ton of cool things – most helpfully, some details that allowed me to finalize the game’s eventual release strategy.  I’m self-publishing this thing, so the launch plan needs to be really sound or else the game will get completely buried in the folds of the internet…at this point I’m finally feeling pretty confident about it.

But enough about that!  Let’s see some changes to the game.

First off, a big one:  There’s no more “Key” objective.  This feature was implemented at the very beginning of the project, and at the time, it was a cool addition.  Eventually, though, the rules of the game had changed enough that the key’s purpose was no longer being fulfilled.

Its replacement is the Sequence – a level contains a series of numbered pads, and you have to activate all of them in descending order: 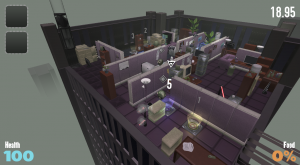 Another big change is a new game mode, called Operations.  These are the middle ground between Campaign mode and Challenge mode:  Campaign mode is a “see how far you can get” arcade game that can take 30 or 40 minutes when players get good at it, and Challenges are single levels that usually take less than a minute or two.  Operations are special trials with four to six levels each, and like Campaign mode, they contribute to your content unlocking progress.

Here’s a screenshot from an Operation that only contains Sentries and Spotlight traps: 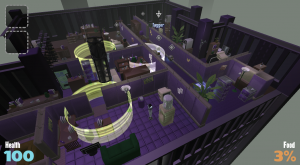 Unlike the rest of the gameplay content unlocks in the game (which are very structured and consistent), new Operations are always awarded for completing specific gameplay Achievements (there is exactly one Operation per Achievement and they are always related).

This one’s minor, but it’s pretty so whatever – here’s the new effect for the Plus Version of the Teleport item. 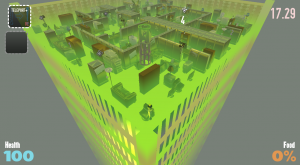 There’s a lot of other new/better stuff, too, but a lot of it is stuff I can’t talk about and a lot of the other stuff wouldn’t be particularly interesting to talk about anyway.

Instead, I’ll leave you with a screenshot of the game running at its freshly updated maximum video settings: 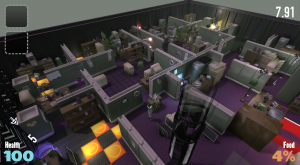